Polarize Play-By-Post is a forum in which anyone can participate in forum-based games. Everyone is welcome!

This is another character elimination game. This game will take place in a fictional town known as Dunkin. Every day, an unknown killer will find a victim and kill it. They won't stop until only one member of the town is remaining. There will be a list of characters and you will get to decide how they live their day by day life. The only catch is by the end of the night, one of them will die and you will get to decide how. There is no bringing back people from the dead or adding new characters to the town. At the end of each night, list all the characters still alive. The game will end when there is one survivor.

I'll starts this game off with the next post so you get an idea on how this game is. 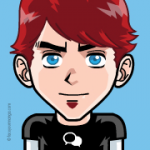 Day 1
Miss. Miller wakes up early, just like any ordinary morning. She goes for a walk and passes the bakery. Inside the baker is making a delicious strawberry cream pie. Later in the day, everyone else rises. Little Johnny and his older brother Big Johnny meet up with the Richard girls, Annie and her older sister Gail. It was no secret that Big Johnny had a crush on Gail. However, he didn't know the first thing about love, since his brother and himself were abused by their parents until they ran away and moved to this town. Mr. Lockheart looked out his window and nodded in a displeasing way. Mrs. Lockheart looked over his shoulders.
"Don't worry sweetie," she said. "Those boys are the only other kids in this town. Gail and Annie need to know friendship."
"That big one ain't no child." said Mr. Richards. "He's practically a man and I don't trust him around my daughters."
Around 3 in the afternoon, Stanley Evans met up with the priest.
"Forgive me father for I have sinned. I have a burning lust inside me to become a woman. I am soft and delicate and I know God does not approve of my desires," said Stanley.
The Priest consoled with him. Pretty soon night fell. The Biker came speeding around the town as he usually did, but on this night, Sheriff Sherman was in no mood. He pulled over The Biker and gave him a lecture about safety and the constant fear he puts in pedestrians. The Biker shows no compassion and speeds away faster than ever. Over at The Piano Man's house, The Piano Man entertains his guests The Lockhearts, The Gardener, and others with some classical music. Tony Robinson looks over at the beautiful blonde Jessica Waters and debates to himself if he should talk to her. He decides not tonight. There is a loud gunshot that everyone in the town hears. They make their way to the local pier, where the fisherman lay dead. A bullet is in his chest. The doctor checks his pulse.
"He's dead," said The Doctor. Everyone gasps and is surprised. There is a murderer on the loose.

Day 2
Miss. Miller wakes up early again, but unlike yesterday, she is upset and with grief. She never expected a murder in her town and just the thought of death overwhelmed her. She passed the bakery again on her morning walk, and inside the baker sat with a glum face putting frosting on a chocolate cake. The priest had went to the Lockhearts house for two reasons that morning. The first was to gather information about The Fisherman for the funeral service that was to be held tomorrow. The Lockhearts were the closest friends to The Fisherman. The second reason was the secret affair Mrs. Lockheart had with the priest. The priest, was in fact, a fraud and a sinner like everyone else and he didn't pray for forgiveness. However, he didn't tell anyone about it. Just after noon, Stanley Evans went to the gardener for some flowers. He dressed and acted like a man that day, but he wanted so much to go shopping for a black dress for the funeral. Sheriff Sherman was at the town jail talking about possible suspects with Dr. Winston.
"Anybody could have shot The Fisherman," said Dr. Winston. "The gun wounds show that the gun used was in fact a pistol."
"The question is who would have a motive to do it," replied the Sheriff.
He heard the engine of a motorcycle and ran outside. The Biker had passed again. The Sheriff wished to arrest The Biker, but he didn't know where the biker lived or where he goes or comes from. Today, The Biker went to see his only friend, Tony. Tony liked the hardcore lifestyle The Biker led. He told the biker that day how he wished he was as cool as him and had more courage to speak to Jessica Waters.

When night fell, Mr. and Mrs. Richards went to The Piano Man's house to talk about giving Annie piano lessons. When they got there, they saw his dead body on the ground. His guts were wrapped around his neck and tied to the piano. They screamed and went home only to find Big Johnny and Gail making out in the living room. Mr. Richards chased Johnny out and went back inside. Mrs. Richards was calling the police and Mr. Richards gave Gail a scolding.
"You were supposed to be watching your little sister," he said.
"She's upstairs asleep," Gail yelled back.
Mr. Richards went upstairs only to find that Annie was not in her room. By the end of the night, everyone in the town had found out that The Piano Man was dead and Annie was missing.

Day 3
It seemed to be an ordinary day for the gardener. It was a sunny day, moderate temperature, early afternoon. everything was nice in a way; unlike the past couple of days that seemed to go awfully  ...and unusually downhill for the town of Dunkin. The gardener was outside in his yard watering his crops and harvesting his tomatoes that had been growing. Meanwhile, Tony Robinson was walking about on his typical route to get some fresh air. Walking by the gardener's house, Tony saw him outside doing his usual work. He walked through the driveway and went up to him.
"How are you?", Tony asked.
"So-so," the gardener said.
"Why is that?", Tony asked, looking concerned.
"Didn't you hear about the news...?"
"No."
"There was another tragedy last night. The Piano Man was found dead in his own home. And Annie Richards is missing. No one has any idea what is going on, or who may be the cause of all of this. It's scary to think about."
"Oh... Yeah... that is, ... I don't have words for this... I should probably go now, maybe back toward my house to keep safe I suppose"
Tony turned and started away as the gardener gazed ahead, not able to verbalize a humanly sound. Just then there was a cry heard off in the distance, sounding like a female utter.

Minutes later, ambulances sound, to only announce that Jessica Waters had sustained multiple questionable injuries ... that were unfortunately
fatal.

Day 4
There was a town meeting called to order in the local church. The priest is the first to stand at the podium in front of the church.

"There is a deep grief among us today," he began. "We will remember the lives of The Fisherman, The Piano Man, and Jessica Waters, but first we will hear a word from Sheriff Sherman." The priest leaves the podium and sits behind Mrs. Lockheart, who he plans to seduce tomorrow night into another night of adultery.

"Thank you, father," said the sheriff. "As of today, we have no leads on the killer in this town, but in order to find the killer, we will have to come together as a community and report any suspicious activity. Furthermore, there is now a curfew of 7:30 p.m. on the town."

Mr. and Mrs. Richards plead for good news regarding their youngest daughter, Annie, but the sheriff could not provide them any. Mrs. Richards cried dramatically. Stanley Evans put his hand around her waist in an attempt to comfort her, but got a dirty look from Mr. Richards. Gail sat next to them, using all her might not to break down. She felt guilty for her sister's disappearance. Big Johnny felt guilty too. He couldn't bring himself to tell Little Johnny that he was with Gail on the night of Annie's disappearance and that he distracted her from watching Annie.

Suddenly, Miss. Miller stumbled in the church, blood covering her hands and a dagger pushed in her side.

Miss. Miller fell down in agony. Sheriff Sherman ran as fast as he could outside to find the killer. Meanwhile, Dr. Winston attempted to tend to her wounds, but he was too late.

Everybody gasped. The sheriff came back inside the church.

"Don't touch the dagger, it could be used for evidence," he said.

Tony Robinson tensed up. He realized aside from Annie Richards, The Biker is the only not present at the meeting. It won't be long before he is accused of a murder that he probably did not commit.